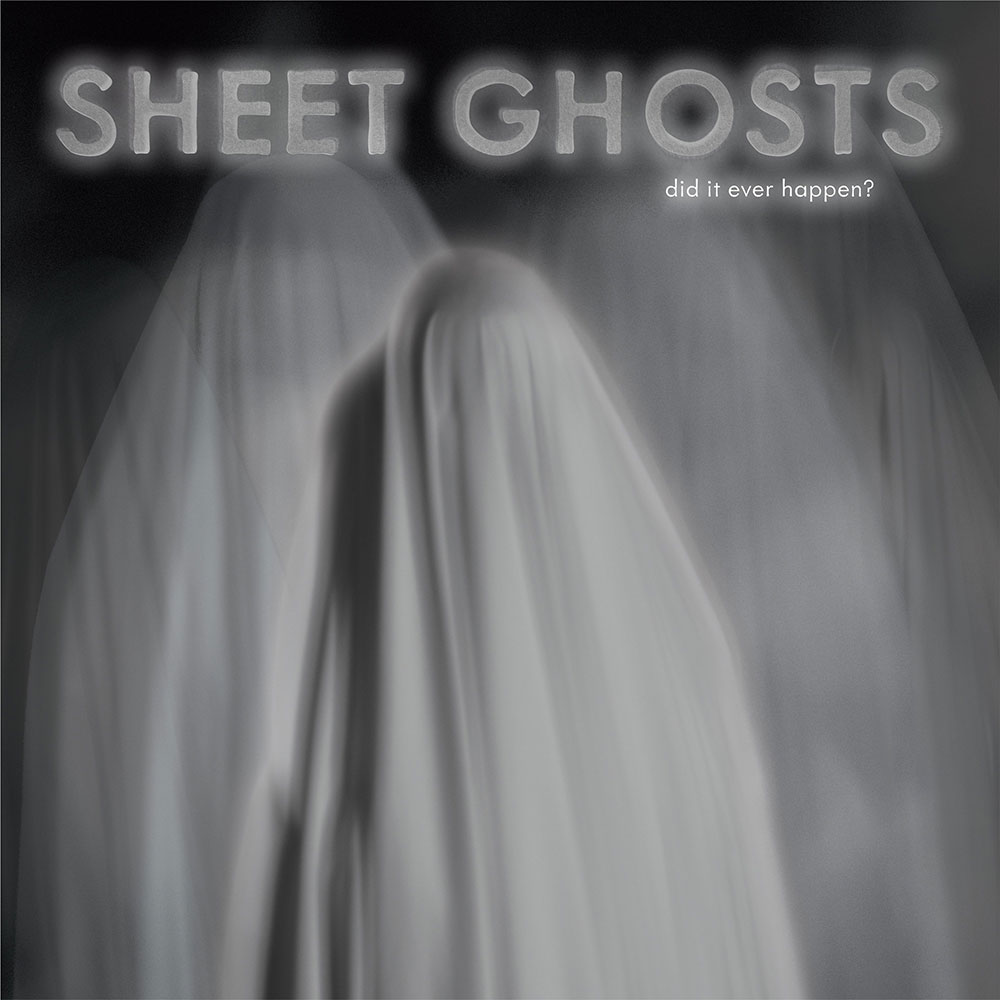 The presence of Sheet Ghosts first haunted the mind of Ben Crowell, which he used as a means to pay tribute to his lifelong love of horror movies and their accompanying soundtracks. Teaming up with Matt Christensen (Zelienople), the two created a “lost soundtrack” to a film that never existed, The Terror In LaBagh Woods (a local and notable site during the Satanic Panic hysteria of the 1980’s.) Shortly after it’s mysterious digital release through Glassworks Coffee, Matt vanished back into the night while Ben chose to move forward, eager to see what else he would be able to conjure.

Available through the ether via File 13 Records October 23rd 2020, with physical manifestations forthcoming.

A new collection of songs based on a short story by weird fiction author Laird Barron is currently in the works, and should likely show itself in 2021.