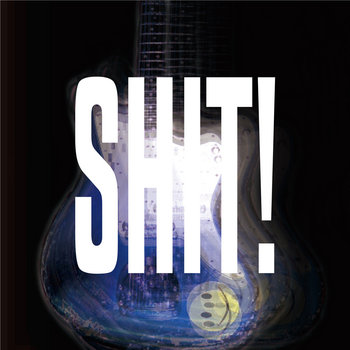 File 13 Records is thrilled to announce the release of the album ‘SHIT!’ by Tokyo Japan’s My Way My Love worldwide on July 31, 2015.  File 13 first discovered My Way My Love over a decade ago while they toured extensively in the United States.  Their album ‘Hypnotic Suggestion:  01 (FT53) was released in 2005 by File 13 to much excitement due to their high energy live shows, plus press coverage by Pitchfork, Pop Matters and many more.   MWML continued to tour particularly in Europe and Japan, and has remained active in releasing a series of well received albums.

File 13 reconnected with the band in 2015 to discuss the release of their latest full length.   The album title provocatively and playfully speaks to the hyperactive energy of this noisy spastic post-punk alternative rock album.  ‘SHIT!’ displays an evolution and mastery of production and songwriting revolving around their signature sound conjuring thoughts of Brainiac, Sonic Youth, and Failure with injections of Japanese syntax.

My Way My Love is lead by vocalist, guitarist, and keyboardist Yukio Murata and also currently includes drummer and vocalist Shozo Ishida.   Look for tour dates to accompany the album release with Japanese tour dates currently confirmed, and more to come.

File 13 Records is a Chicago IL USA independent label in operation since 1989, and this is proudly its 83rd release.  This will be the label’s first release date to adhere to the international standard of releasing music on Friday’s – which has been implemented as of July 2015.