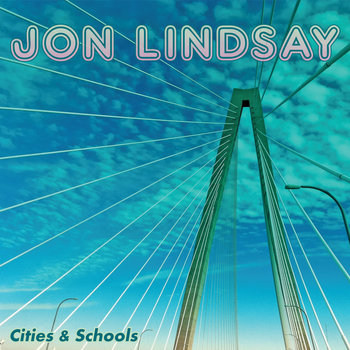 The album is 36 captivating minutes of a profoundly unique, masterful, singer, songwriter and producer, working at the top of his game to deliver a stunning collection of songs already generating quite a buzz before its release. The record – which some have called Lindsay’s masterpiece to-date – could be viewed as a powerhouse collection of stealthy singles; though it certainly shines conceptually, and reveals even more lavish details when taken in its intended full-album sequence.

Lindsay began his career playing and singing in Benji Hughes (Merge Records); fronting his own rock bands The Catch Fire (No More Fake Labels), The Young Sonsand many others. Since his solo debut EP in 2009, Lindsay has been re-imagining what is possible in a handful of the popular genres that make up the bulk of his interests in record making. He’s toured the USA (and beyond) heavily, and drawn comparisons to vintage masters – Paul McCartney, Harry Nilsson, Big Star – to modern legends such as Elliott Smith, Destroyer, John Vanderslice, The Posies, Teenage Fanclub and others. Though he’s always produced his own releases, he is now also well known as a producer for other artists, many of whom have been involved in his political collective, The NC Music Love Army, including Rhiannon Giddens, Caitlin Cary, The Love Language, Chris Stamey, American Aquarium, Hiss Golden Messenger and many more.

To-date, his catalog has made vital contributions to the experimental pop cannon, while consistently and unabashedly showing love and strong proficiency for huge hooks and great, undeniable songs. The single “Lifer” premiered at Paste Magazine, who said “We’ve played this 10 times a day so far, and that’s a conservative estimate …Cities & Schools is smart, empathetic and endlessly interesting”. Lead single “All Them Houses” premiered at Indy Week who wrote that it “simply soars… Cities & Schools is a sugar rush of infectious beats, gleaming keyboards and Lindsay’s bell-bright tenor vocals.”

Lindsay tours the USA and Europe this Summer and Fall in support of Cities & Schools. He is backed by a 5-piece unit of dynamic players who have all been in some of the best bands to come out of Lindsay’s new adopted hometown of Raleigh, NC.