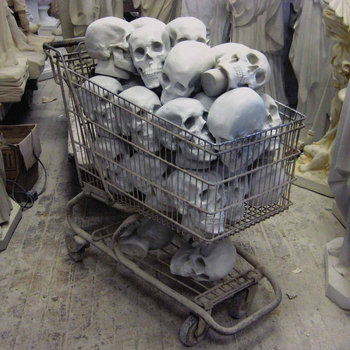 Acquaintances’ inception began with Chris Wilson passing through Chicago drumming for Ted Leo and the Pharmacists, meeting up with longtime friend Justin Sinkovich. Justin was on hiatus from The Poison Arrows to re-launch Epitonic.com. They both wanted to play more, so they agreed to start a band despite Chris living in Philadelphia. Chris scheduled five days to stay at Justin’s house in Chicago and record basic tracks. Justin asked Chris who else should join them and Chris replied, “We should definitely get Stephen Schmidt involved.” Stephen and Chris met in the Little Rock, Arkansas early File 13 Records punk scene. Chris was in File 13’s Shake Ray Turbine, Stephen played in Chino Horde, and later Thumbnail with Justin. Justin and Steve currently manage File 13. Steve and Justin’s demos showed a direction ideal for Jered Gummere, singer and guitarist for the Ponys and Bare Mutants, who was added as a third guitarist and songwriter. Patrick Morris from The Poison Arrows and Touch and Go-era Don Caballero was then recruited on bass.

The LP was recorded and mixed by Justin in his basement studio “The Plaza,” home to many of his bands’ albums and post-production for Epitonic saki Sessions including Cymbals Eat Guitars, Father John Misty, Foxygen, Implodes, Serengeti, and many more. Most of the songs were not heard by other members before recording the basic tracks. The Chicago guys finished up the guitar and vocal overdubs without rehearsals. Justin mixed the album and gave it to Carl Saff for mastering,

Acquaintances’ debut is somewhat akin to the band members’ previous and current bands, with its own distinctive sound. Tremolo’ed and reverby guitars and echoed out vocals wash over a top-notch rhythm section creating spaced-out garage-influenced rock with a melodic sensibility.

The album is being released by legendary MP3 website Epitonic.com’s new label and File 13 Records. Epitonic has recently been focusing on releasing exclusive material. File 13’s involvement was a natural progression of Chris, Justin, and Steve’s history with the label since they were teenagers. The album is available August 6th digitally, and physically on vinyl with a CD insert.

The band name came to fruition while recording, labeling MP3’s of songs in progress as “Acquaintances.” With no rehearsals and some members getting to know each other as they made an album, it stuck. The quintet has been rehearsing and planning live dates, and although they’ve become closer friends they will always be named Acquaintances.